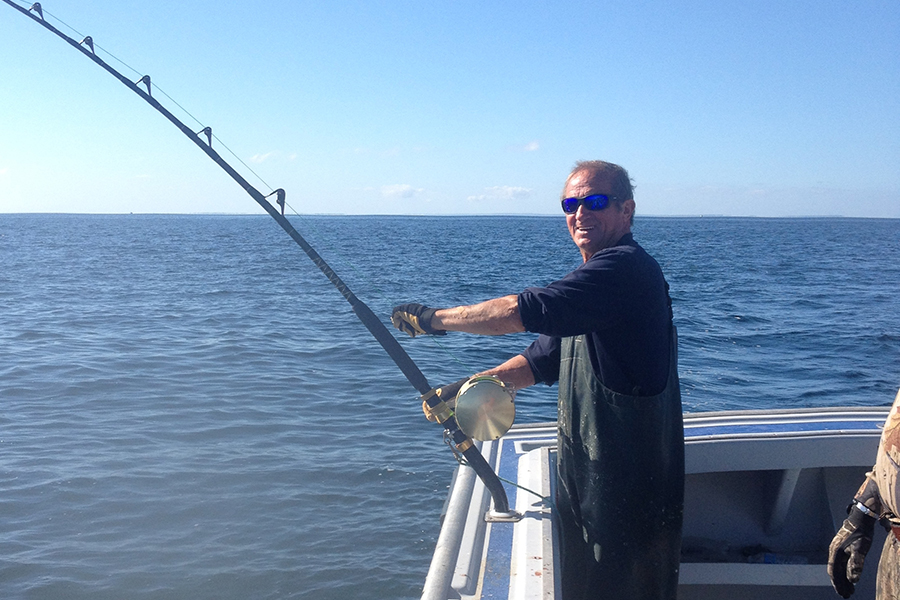 Walter Bruce, a fisherman for 56 years and captain for 54 years, has made an incredible impact in his local community in Eastern Prince Edward Island, in the larger Atlantic Canadian lobster fishery and in the international Bluefin tuna fishing community.

Early in life, Walter went to the Marine School and achieved his 350-ton ticket, “Master Home Trade” and “Second Mate Unlimited Home Trade.” Working his own fleet at the young age of 17, he also managed to achieve his general education diploma.

His list of contributions to the fishing community is lengthy. In addition to being a lobster fisherman for the better part of his life, Walter has been a tuna charter boat captain since 1969 and is presently involved as a captain and as a founder of the “tuna, hook and release, charter fishery” in PEI.  He also is the co-owner of “Bruce’s Tuna Charters”, the longest running tuna chartering outfit in Canada.

Walter’s efforts have assisted in developing rural PEI, specifically North Lake, as a destination for international tuna tourism. He was the chair of the PEI Tuna Committee and was the Industry representative for over 10 years. He was also the Canadian Commissioner for the International Commission for the Conservation of Atlantic Tuna (ICCAT). Bruce’s Tuna Charters has been an active participant in the revival of the Canada International Tuna Cup Challenge, welcoming sports fishermen from all over the world.

Walter’s experience mixed with the effort he puts into each charter are best summed up in the words of well known charter captain/guide Adam Sherer, “Walter’s the real deal”.