Recently, I had the honour of taking out the VIP/Media boat in the Canada International Tuna Cup Challenge.  The Tuna Cup is held every year in North Lake Harbour, PEI – known as the “Tuna Capital of the World”!  This year the challenge was held Sept 9-11, 2016. 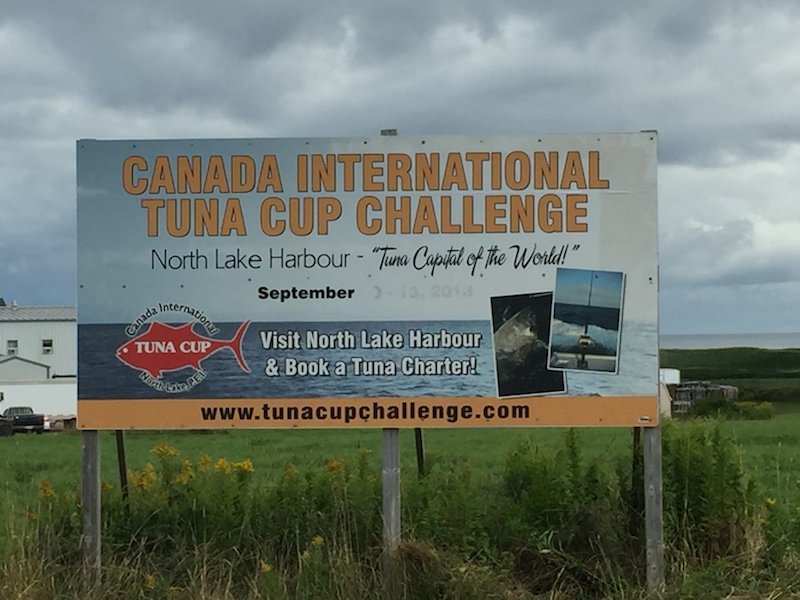 Aboard my boat the Caroline Jake, I had the following special guests:

Jeff Hutcheson – Former Canadian weather and sports anchor for Canada AM and blogger at iusedtobeontv.  Check out Jeff’s blog post on his tuna fishing trip with us at Scott Bruce Tuna Charters.  It provides a great explanation on what a thrill it is to go tuna fishing for giant bluefin!

John Morris –  Charlottetown and Halifax based photographer at Lens Make A Picture and vlogger, making daily adventure videos from around the Maritimes

As you can see from the above picture, it was a bit of a gray day but that did not stop the tuna from biting. After a tiring but exhilarating 45 minute fight we caught and released an approximately 425 pound bluefin tuna!

Below is the video captured by John Morris, detailing our day bluefin fishing in the Tuna Cup.  Jeff Hutcheson explains his first tuna fishing experience, comparing it to carrying the Olympic torch!  Definitely worth watching!